It’s impossible to explain the significance of football to those unfortunate enough to reside outside of Texas. Here in the Lone Star State the sport assumes a mythological status borne on the imagery of lore and lineage. It’s a coming-of-age story for each young man brave enough to set foot on the lush green Bermuda of a fresh cut field of possibility steeped in the brutal heat of a mid-August afternoon. It is the sacrifice in those moments where you are seemingly alone beyond the cheers and accolades of the town, squared off against someone as strong and determined as you to win a starting position, that makes boys become men in a world where pain and focus are merely part of the journey. The whistle blows, and your merit is tested. The gods of football are watching. When the helmets crack, and you remain standing, then and only then can you possibly understand.

It is the willingness to suffer the bruises, headaches, sunburns, stiff necks, and broken bones, all for the opportunity to partake in the rite of passage known as Gameday, that makes this a field of war upon which many a name has been baptized. Football is no less a religion to the fervent believers on a Friday night beneath the bright lights of inevitability. It is a calling. A purpose. For many young men it is their first love. It’s where they found themselves no matter what happened beforehand, and it is in that sense of self that we all find some means of redemption.

We were to be the State champs one day. Parents spoke of our class for years. We had the speed. We had the size on the line, and we had the talent of a few marquee players. From the days of front yard tackle football and nosebleeds, to the endless hours of film, off-season conditioning, and drills… we wanted this title more than anyone. We worked harder. We sweat more. Our team bled together, broke together, healed together, and prayed together. Through suffering, we became family. Other than my time in the Army, I know of no other institution that melded better bonds of men.

Our senior year we played our hearts out. We found the means to defeat nearly every opponent before us. We were focused on something bigger. Something greater than ourselves. We eyed the playoffs as a set of stepping stones toward the goal we felt our lifetimes had prepared us for. We were to show everyone in this town that the young men of Seguin were worthy. We won district, and enjoyed it for but a moment. The playoffs were here, and we were able. We had suffered some injuries, and lost a key defensive player in Billy, but come playoff time, Billy returned, and we went on to the first round.

To this day, I don’t know what happened. It seemed so many years went into our preparation, but Fate was not on our side that day. We fell in the playoffs, and our journey for Statehood was to never be. For many of us such as myself, this would be the last time we would don our shoulder pads and helmets for battle. The drive home that night was vacant of acceptance. I put my equipment in the bin, took off the game jersey I loved so much, and walked out of the fieldhouse knowing once I crossed that threshold, I couldn’t return ever again as an athlete. I hesitated at the door frame. My coach smiled, and put his hand on my shoulder. “It’s okay son. It will get easier.”

I settled on the fifty-yard line of our stadium at home in the middle of the field, and cried into that soft sod as if even the yard markers understood. It was the realization that my journey had come to an end, and nothing I did would ever change that. It was well past midnight when I finally acquiesced, and said goodbye to my first love, hoping it wouldn’t forget me. The next night we lost Billy in a fatal car crash, and by Sunday I wished I could sleep forever. I didn’t want to wake up to the new reality, but Time does not allow us to tarry. Come Christmas, weeks later, my father had a special gift for me. I hadn’t been myself, honestly I didn’t know who I was without the game, and as I looked upon the present, I melted. I held up my jersey, and smelled of it. I turned it over in my hands, and stared at the numbers on the back. I felt the sleeves within my fingertips, and the catharsis that was mine was held beneath the mantle of stockings as my shoulders quivered. It was more than cloth and thread of course, and my family knew that. What to some would seem to be a simple thought, for me at that moment of my life, was everything.

The future always promises renewal, however, and in a new generation our love for the game has come to fruition. Our sons tried on their helmets for the first time, and it was all I could do to avoid crying in front of the salesman. The memories of it all came flooding back from the recesses of my mind, and there before my wife and I were two young boys about to begin their own odyssey. I know what awaits them, and I know it will be a labyrinth at times, but there is a beauty in the brutality of football. It prepares you for the trials and rocky shores of Life, and by sharpening your spirits against the grit, you become something more, someone you did not at first think possible. The friendships they will discover will flourish for years, and the confidence of pushing through the hardships will only empower them to climb further than their self-imposed limits.

It won’t be long now before my wife and I are sitting beside one another in wind breakers upon aluminum bleachers during a cool Autumn night. We’ll sit hand in hand, and listen to the cadence of the band’s Tri Toms as the smell of freshly buttered popcorn wafts about. We’ll look upon the field illuminated by the stadium lighting on that Friday night, and we’ll see young Spartans lining up for the kickoff. We will be grayer then, but our minds won’t stretch too far to reminiscence. Those feelings never truly fade away. They sequester themselves quietly within a thought’s reach, accessible by moments such as these. The ref will set the ball, blow his whistle, and then… we will marvel at the Boys of Fall. 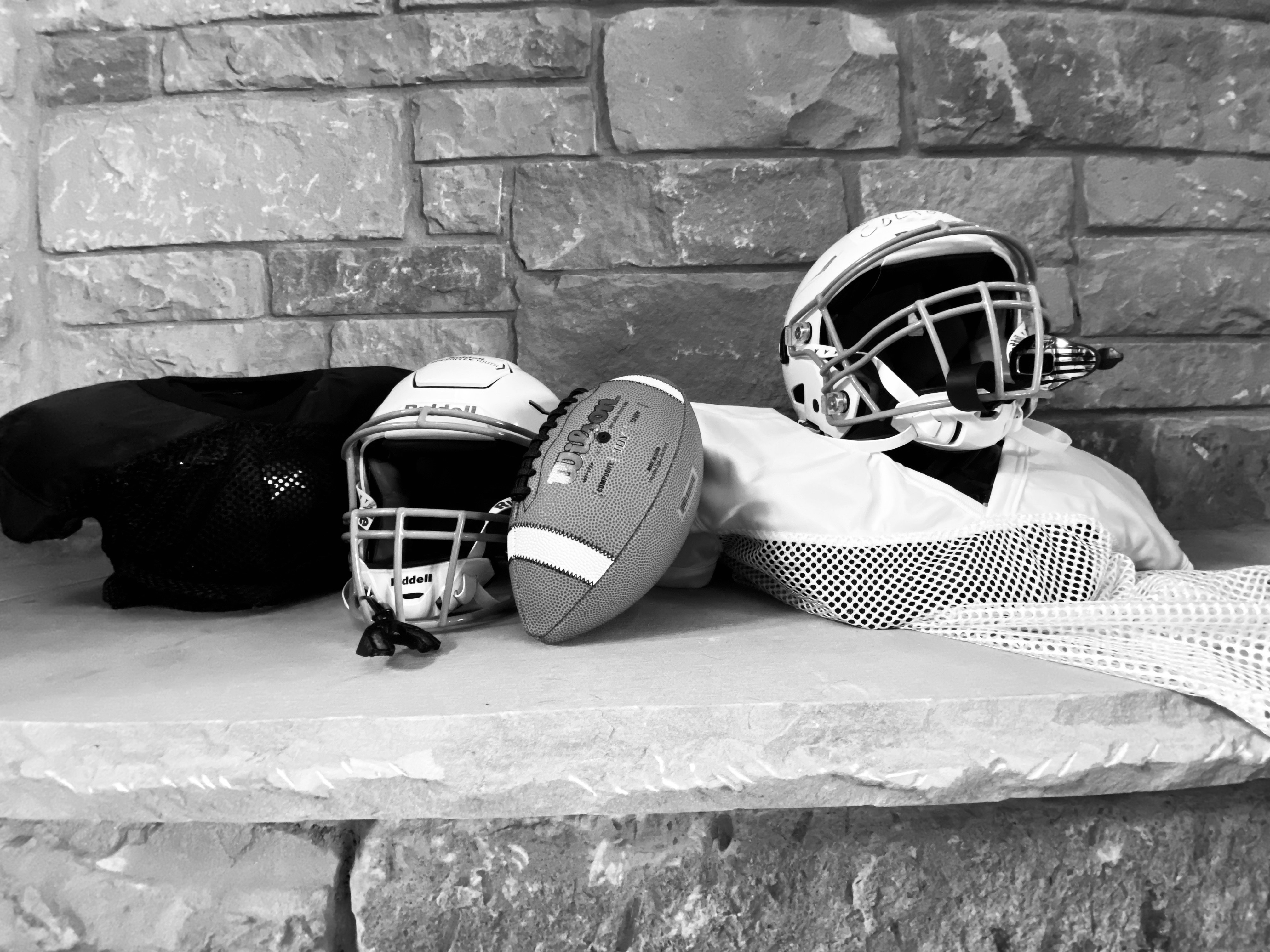